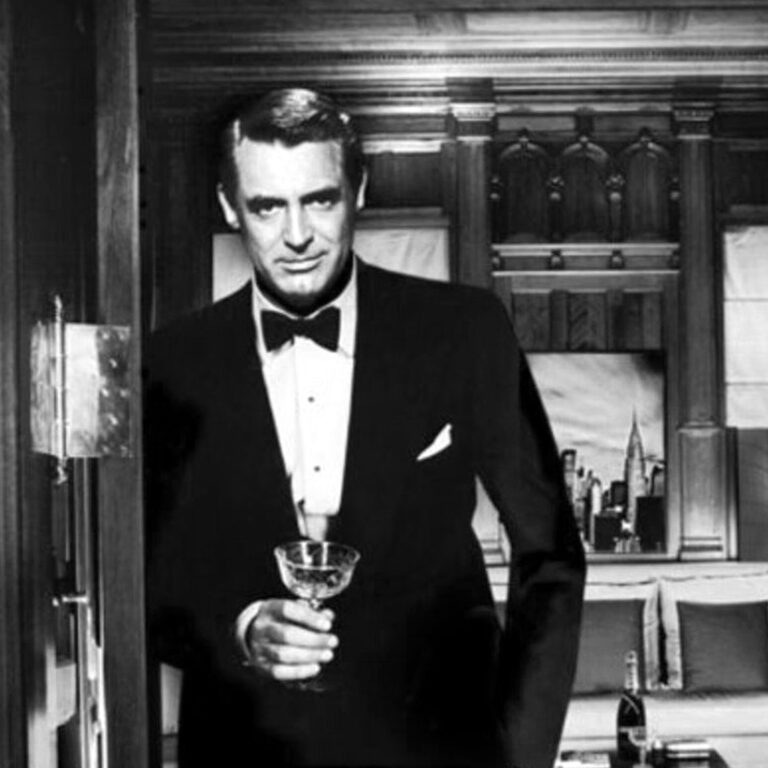 Words that dance like musical notes played by a jazz band, eventually fading into the evening air out onto terraces of smokers sharing glances. Once you’ve heard that melody, a flannel suit will never cut as deeply again: clothes are just cloth, but black tie is an ideal.  A synecdoche for a certain effortlessly relaxed, yet soigné lifestyle.

Whilst black tie may have developed as a relaxation of the rules and regimen of white tie (and is therefore often considered subordinate) in terms of civilised, gracious evening living – surely the aim of anyone – it peaks its more illustrious sibling to the apex of living well. For self-assured deportment, coupled with comfortable charm, there is no other wardrobe that takes us there.

It’s within its choice of role models and the stories that a culture tells itself that its dreams are told for those that might one day follow. Black tie is the armour that the heroes of our own mythology wear to come alive again. Bogart, Grant, Gable, Sinatra, Stewart – dressed for the ages in black and white on the Silver Screen.

Whilst a British invention: the Prince of Wales, ensconced in bespoke Henry Poole and the private walls of Sandringham. It found public fame across the Atlantic in Tuxedo Park; that exclusive enclave, north of New York, where new American wealth made itself at home, citing the sartorial styling of that royal hero of the age – the future King of an older, grander, more storied world than the one they themselves lived in day-to-day. Eventually, in the century of war that would follow, the good fortunes of both worlds would fade but the culture they created would endure.

Writing about Tuxedo Park in 1897, the New York Times printed that “its greatest charm is its formal informality.”  It is in that same duality of its dress too that the same charm still exists. A monochromatic dichotomy to the eye and to the heart. Black tie is costume that helps us to remember, and simultaneously to forget. The world it came from has always seemed grander, and yet of course simpler too. Everything seems clearer in black and white – un-muddled by shades of grey.

Put on black tie yourself now and, as the band starts to play its melody, all seems good and great again.