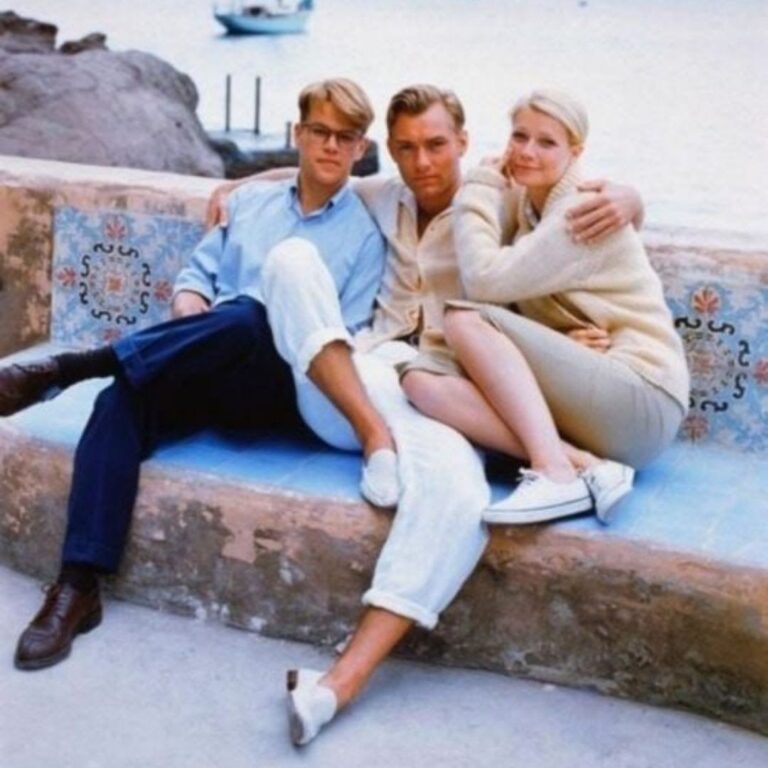 The talented Mr. Ripley, and the promise of an endless summer

On a few occasions this month, I revisited Mangibello, the Vesuvio bar in Naples, Rome, San Remo, and Venice. No face masks or tests were required, as I was once again absorbed into the limoncello-doused world of The Talented Mr Ripley. The film has become a happy place over the past few years. With travel restricted, it is a summation of what I want the perfect, endless summer to look like. And what I would wear if I got there.

Based on Patricia Highsmith’s novel, Tom Ripley (Matt Damon) pretends to be the friend of the wealthy Dickie Greenleaf (Jude Law) to return Dickie home on his father’s behalf. This means going to Italy in the late fifties. A time that you’ve no doubt fawned over on Instagram, following the myriad profiles that preserve this period on our screens. But rather than tap a ‘like’ and move on, the film allows you to revel in this elegant era for two hours.

And although this is a good film, with a good story, even as things get slightly warped – you know, murders and stuff – I’m always focusing on Tom Ripley’s fountain pen. Or Dickie Greenleaf’s camp-collar shirts (faithfully interpreted by Scott Fraser Collection). Or the white jazz shoes, which I still hold to be one of the most underappreciated items in all menswear; so much so, I’ve written about them for a few publications.

This is why, although you have to endure the tragedies of the second half, it’s an addictive film to revisit, simply for its setting and aesthetic. It’s hard to say whether Italy was really like this in 1958; at least for most people who didn’t live off of their parents’ trust funds. And critics thought the film was simply average at the time. But The Talented Mr Ripley holds within it the promise of an endless summer. That’s why it endures.

We’re gripped by its bergamot-infused nostalgia – especially the social media generation. This is an interpretation of a lifestyle we try to relive every time we visit Italy, drink Aperol cocktails, wear nice clothes, or share a Slim Aarons picture. Spending time in its sun-bathed universe, fantastical as it might be, is as close as we get to the real thing.