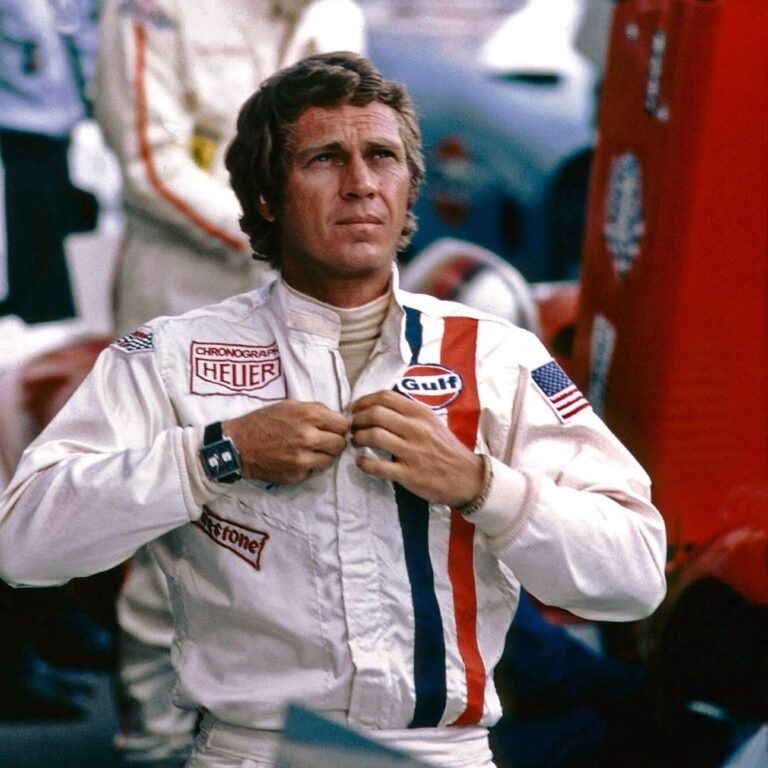 Two men, a race car and a square faced watch

Two guys, Steve and Haig, went to a race in France in 1970. It sounds like the start of a nostalgic tale of a road trip that once happened. However, the story of these two guys, a racing car and a square faced watch, is probably one of the most iconic in history.

Everything about the Heuer Monaco was a race against time from its very birth. Up until its reveal on March 3rd 1969, it had been in a “race” towards becoming the first ever automatically wound chronograph, in steep competition with Seiko and Zenith. So, there was no doubt that the Monaco was bound to be something special from the start. Mr. Jack Heuer was determined to make it stand out to suit the avantgarde movement and therefore sourced the cutting-edge, square faced and waterproof case that is now so iconic. Add to that, the name of one of the most iconic races on the formula 1 calendar, and you are off to a magnificent start.

Every legend needs a hero, but no one could have foreseen what happened, when the King of Cool, Mr. Steve McQueen, chose to strap the Heuer Monaco to his wrist, during the filming of the cult movie “Le Mans”. Actually, his initial choice was the Omega Speedmaster, but as Michael Delaney, Mcqueen’s character in the movie, already sported a Heuer logo on the chest of his racing suit, the field narrowed to either the Monaco or the Autavia. McQueen, surprisingly, took to liking of the Monaco’s peculiar design and thus … the rest is history.

The story goes, that on the last day of filming, after having blasted down the Mulsanne Straight at 200 mph. Mcqueen pulled up in his Porsche 917K for the last time on the set, walked over to Haig Alltounian, strapped of the watch from his wrist, gifting it to his personal mechanic with the words “Thanks for keeping me alive all these months”.Mr Alltounian being a little reluctant to accept this generous gift, asked McQueen to gift it to someone else, to which McQueen replied, “It’s too late, it’s got your name on it.”