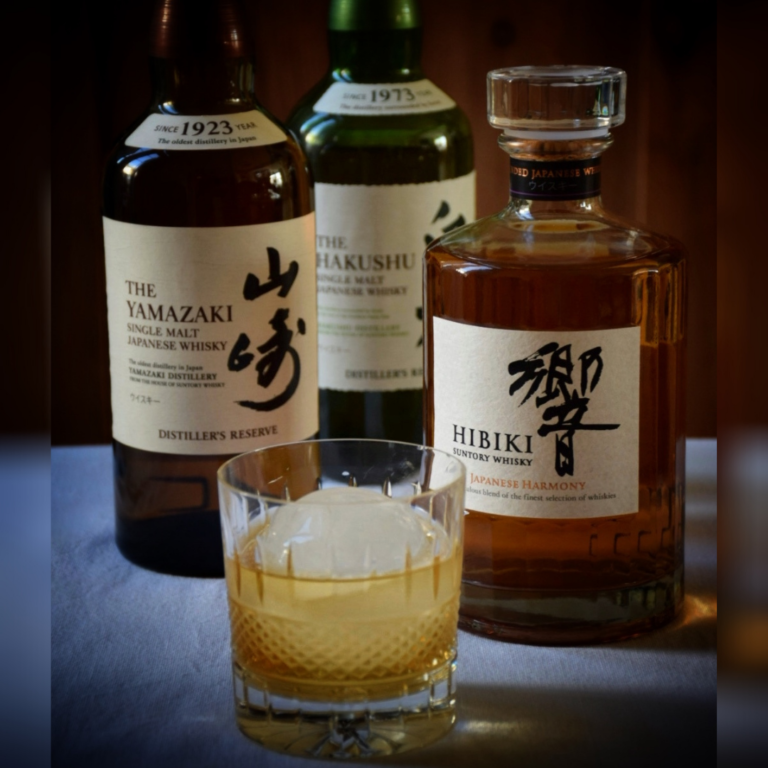 In 2003’s Lost in Translation Bill Murray’s character finds himself in Japan promoting Suntory whisky. Since then, Japanese whisky sales have surpassed all expectations.
Hibiki 17 — the aged, blended whisky promoted in the film — has been largely discontinued due to the depletion of Suntory’s aged reserves (which of course take 17 years to mature).

Hibiki 17 is not alone — any age statement Japanese whisky is now a rare commodity.  Yamazaki and Hakushu single malts — which combine with Chita grain whisky to make up the Hibiki — have all suffered the same fate.
As a result, Japanese whisky now commands prices reflective of that rarity in a way similar to fine wine.

New, no age statement alternatives have been created to satiate demand.
In an industry where age had become a by-word for quality, this was a bold move but not unprecedented.
Similarly too single malt had largely been seen as superior to blends and yet Hibiki has always been seen as a premium expression – a world-leading orchestra rather than a soloist.

This is in much the same way as Johnnie Walker Blue Label and Krug Grande Cuvee – both blended products without a clear age statement or vintage too.
By not focusing on the age but rather directly on quality, makers argue that the current approach offers new interest and value.

Hibiki Harmony, Yamazaki and Hakushu Distiller’s Reserve are all available at a fraction of the cost of aged versions – and as such please consumers who desire pure Japanese spirit.
If Scotch whisky is a traditional, rich oil painting, then Japanese whisky has always been a more ethereal art work in ink wash or watercolour.

Lighter, seemingly more transparent in overall make-up but just as capable of greatness nonetheless.
This beauty can be best identified in the Japanese aesthetic concept of Ma (or negative space).

Here white space is seen as vitally important — it is the silence between the notes that define the music, the emptiness inside the walls of a cup that provide the cup with meaning.