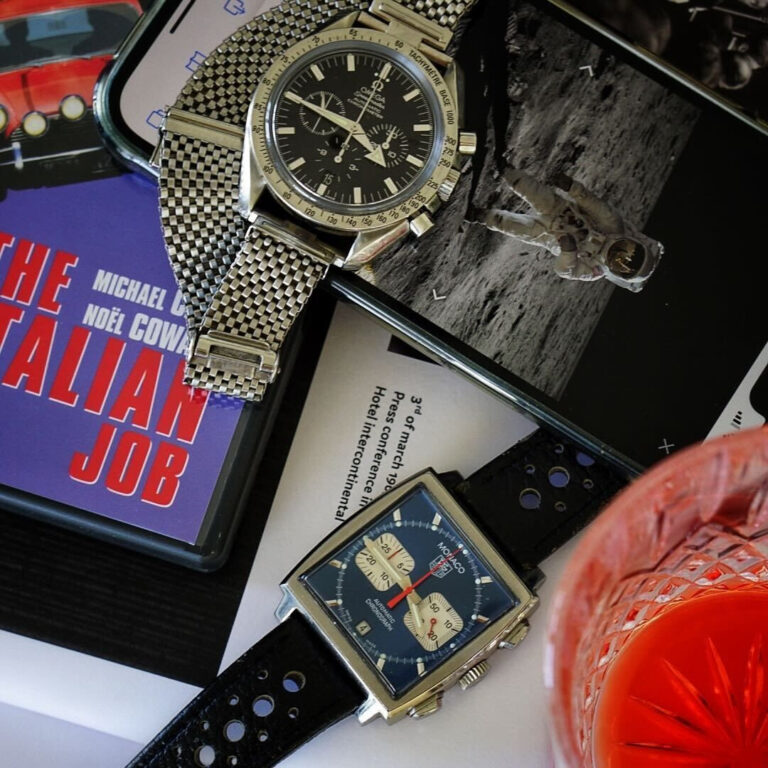 I often joke about being born in the wrong decade – plus/minus 50-60 years ago would have been good! Back when you could pour yourself a drink at 9 o’clock, when the Campari was a bit more bitter, when you experienced the Porsche 911 for the first time and the music was simply in another league. So many of my interests draw strings backward to a bygone time, where style was better, design icons were created, landmark achievements that we still refer to, books written, movies released, etc.

Now, I am not a particularly superstitious man, but I still can’t help noticing the peculiarity of one year constantly reappearing. During my numerous deep dives into even more numerous topics, one year seems to always pop up, again and again; and as you have probably already guessed, the year is 1969.

The first point you have probably already guessed – “The Eagle has landed”. On July 20th 1969 Apollo 11 landed on the surface of the moon after a 4-day flight. Neil Armstrong was the first man on the moon, and shortly after, Astronaut Buzz Aldrin followed, famously wearing an Omega Speedmaster.

Watches and car racing go hand in hand – no doubt about it. And probably the most known evidence hereof is the Le Mans and the Heuer Monaco. In 1969 another “race” was set – the race towards the first ever automatic wound chronograph movement. On March 3rd, 1969, the Calibre 11 was introduced by Jack Heuer in the cutting-edge square-faced Heuer Monaco. Another one of my dream watches that I proudly own and wear.

Michael Caine aired as the impeccably dressed Charlie Croker in the iconic movie “The Italian Job”, pulling off the famous heist in MINIs, in the Fiat 500-packed streets of Turin being chased by the Carabinieri in numerous Alfa Romeo Giulias.

Ferrari introduced the Dino 246 GT, the Concorde made its first test flight, Mario Puzo’s “The Godfather” arrives in stores, one of my favorite James Bond movies airs (On her Majesty’s secret service) aired and I could go on.

I often come across people saying „things were better in the olden days” or “I’m born 40 years too late” – I don’t know about that per se, but there is something about 1969.