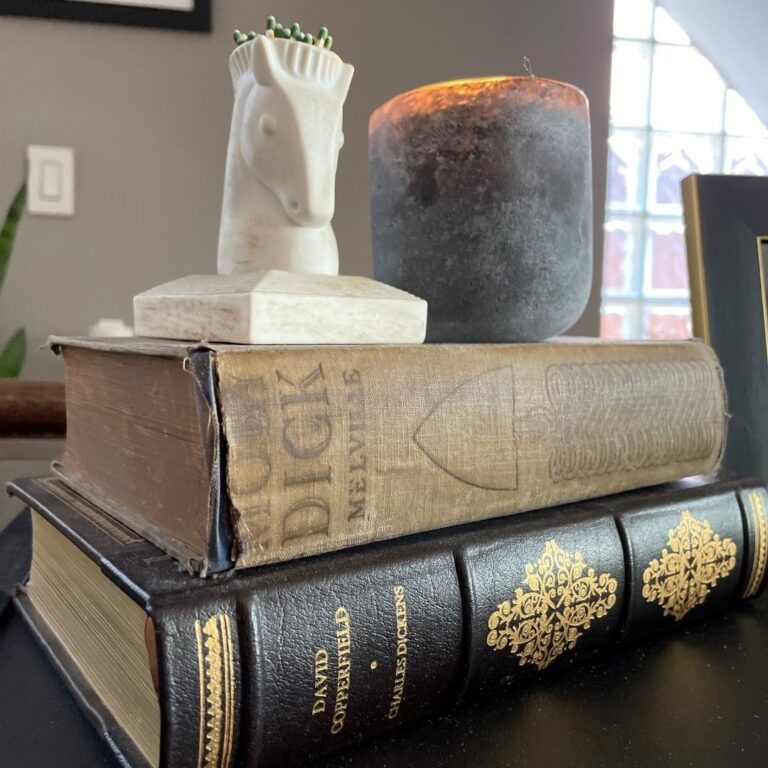 The Art of a Gift

On my birthday in July 1986, my godfather (who I credit for giving me a taste of the urbane life at an early age) gave me a 1937 edition of a book by a man named Herman Melville called “Moby Dick”.  I was one.

While I tried (and failed) to read it a few years ago, it sits prominently on our china cabinet, something I look at regularly and appreciate more with the passing of time – something both humorous (who gives an epic to a one-year-old?) as well as incredibly meaningful (a priceless reminder of my relationship with my godfather).

As the giver and receiver of hundreds of gifts during my life, I know it’s no small feat that this book has been with me for more than three decades. How many gifts are broken, shrunken, or lost (at least in memory) in the chaos of life? Can you remember what you received when you were 18?

But sometimes each of us – just like my godfather – chooses a gift so perfectly, it not only enhances the recipient’s life (in this case for 35 years and counting) but also deepens the relationship. Weeks go by that I don’t talk to my godfather, but each time I see “Moby Dick” perched on our cabinet, I feel connected to him.

That’s why, at Christmas or birthdays, I wait until the last minute to pull the trigger on a gift. Not because I procrastinate or am lazy. No, it’s because I’m hoping to hit a gift “homerun” and don’t want to commit in case something better comes to mind. Usually, I end up giving a sweater or a piece of jewelry (with gift receipt), but sometimes – like my godfather – the gift gods align, and I give something special. Like when I made my dad cry with Yankee tickets or when I gave my wife a handmade “Non, je ne regrette rien” sign that now sits on her bedside table.

Or, hopefully, when I give my daughter the letters I’ve committed to writing her each year on her birthday (currently, there’s only two). Here’s to having more conviction with this pursuit than “Moby Dick”.