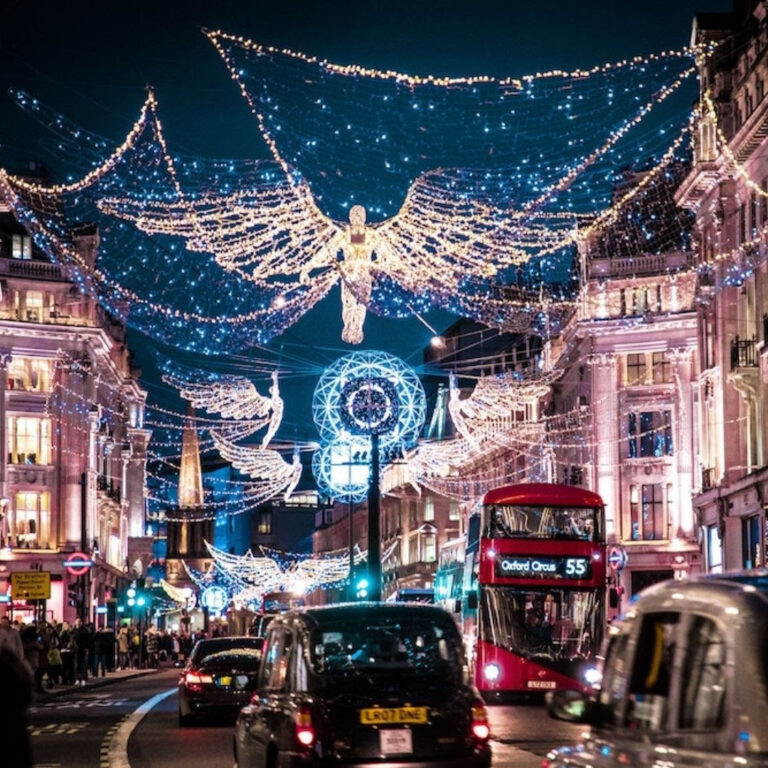 During a heated conversation the past week, a question was posed about where the best place to spend Christmas was. New York, Vienna, Hawaii, were all put forward. These are fine answers, and have good merit, but for me, there’s no need to board a flight anywhere during the festive season when you are in London.

It is one of those corners of the earth where Christmas – the lights, sparkling decorations, songs, shopping, laughter, cheer, hot wine, cold beer, woolly hats, thick scarves – is as it should be; a whole metropolis on a month-long buzz before nursing a hangover to February.

You should know that the first commercial Christmas card was printed here. The Christmas Cracker was invented in London, too. And when Oliver Cromwell tried to ban Christmas, we shouted, “off with his head!” (there are other reasons, of course, but don’t tell me this wasn’t the deciding factor.)

Simply put, this time of year is very important to Londoners. As soon as the Angels on Regent Street are switched on, I spend as much time in the West End as possible, and it seems half of the known-world does too.
So, on weekdays, when the crowds are tempered, I take a small Christmas walk from Charing Cross. First, I glide past the tree in Trafalgar Square, trying to avoid being hit by traffic as I stare skyward between the tree and Admiral Nelson, who sits like a star atop his column.

I don’t often visit Seven Dials, but these small boutique streets are most charming around Christmas when their shop-fronts are almost Dickensian. I’ll go there next, before pottering through Shaftesbury Avenue’s theatre displays, and into Piccadilly. From Piccadilly, I either pass through Jermyn Street (a decision influenced by my desire to spend money on myself) or Hatchards bookshop and Fortnum and Mason (influenced by my requirement to spend money on others.)

A coffee follows at Assouline. Or, because it is Christmas time, I will pick one of the hotel bars, or good pubs — my nearby favourite is the unstuffy Chequers Inn — and drink a scotch, or beer, preferably with friends, though this is not compulsory.

As the day switches to night, the lights resound brightly against the buildings, giving Regent Street a golden hue that lifts the spirit. And wherever I go next, I’m filled with a stirring sense that other people around me, in this happy month, in this unusually happy city, are held by the same jolly spirit that warms my bones.

Why can’t it be Christmas all year around?