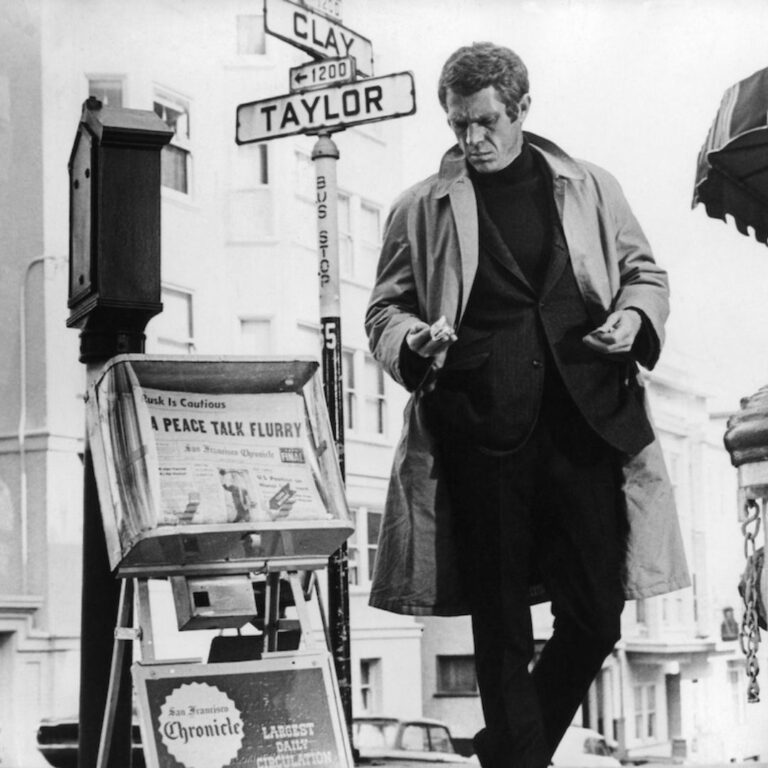 Steve McQueen: the everlasting style of an icon

Menswear or style?
On one hand there are strict rules to be followed; on the other hand, almost everything is still up to for discussion.

Style is a broad term in itself – what is style? Who has style? We all have “style”; our own personal style. How is style perceived? What is good/bad style? It often comes down to the eyes observing.

But there have been gents who, regardless of the eyes watching, “played another league” – icons, that we still to this day, observe and admire. They often had their personal points of excellence: Cary Grant educating us in classic suit wear, James Dean – the epitome of “born to be wild” and Agnelli teaching the world of sprezzatura, known for his quirks and twists to every outfit he wore. Thus, often making them the reference point within their “sphere”.

I will go on a limb here, and state that if you are an avid reader of Gents Cafe, you most certainly will also, at one point (or several) in your style-journey, have glanced and taken inspiration from Mr. Steve Mcqueen. As the prior mentioned gentleman had their personal stylish “sphere” in which they ruled, Mcqueen was different; Mcqueen could do everything.

He made everything look immensely (and effortlessly) cool and wore every outfit with an inimitable nonchalance; be it an oiled-up tee after having raced a motorcycle in the desert for a whole day, the shawl neck cardigan casually worn besides a bon fire on the beach or a three-piece-suit on the movie screen, robbing one bank after another. He was classic; stuck to clean lines and when private, mostly preferred casual everyday wear – chinos, turtlenecks and bomber jackets – never any excessive accessorizing or peculiar quirks.

But, the thing that made him “The King of Cool” was … him! Mcqueen spoke to everyone – from the suited high-rollers to the guys on the racetrack in overalls. His was known to spend a day on the road, popping the hood of his Porsche and talking to the guys on petrol station for hours and hours.

And here, just passing what could have been his 91 birthday, to many of us he still is our object of attainment.