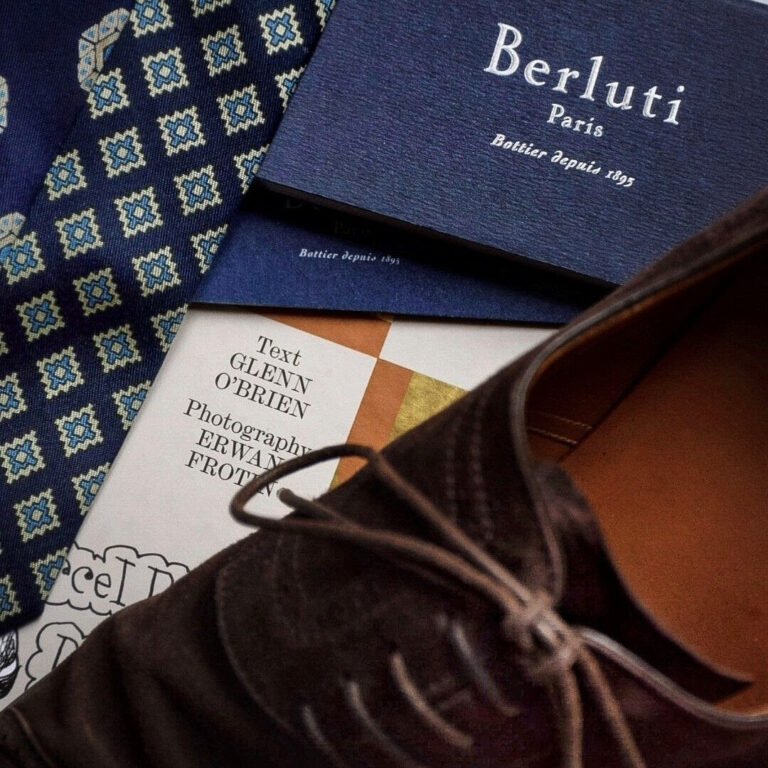 The Haves and the Have Knots

Given the luxury of time it is easy to become an obsessive.
YouTube is proof of the almost maniacal depths of interest man will take in the smallest of details if the essentials of food, shelter and high-speed internet are satiated. No merely modern fixation, detail-fanaticism is part of our make-up and pre-dates the internet. There are whole books on the subject of ways in which to tie a necktie.

On this issue I blame ‘Beau’ Brummell. Like any character worth study there’s a contradiction in Brummell; singularly the man said to be responsible for the simplification of the men’s wardrobe and, at same time, the harbinger of fanaticism for the otherwise overlooked. Restrained from ostentation and frippery by post-Brummell masculinity, the male-mind instead seeks colour in a buttonhole, the roll of lapel, or a simple knot.

Brummell was of course the first victim of this too. Hoisted by his own petard, the famous anecdote has a guest arriving at his home to find Brummell still in the midst of his 5-hour dressing routine. At the sight of numerous ties clearly cast off only that morning ‘What are these?’ was the question — ‘These are our failures’ the response.

I’m not one of  those to re-knot my tie if  I don’t achieve a dimple. Wear a good enough tie and it doesn’t need its sinews tensed in order to assert itself. Here I’ve found further comfort in the words of  Glenn O’Brien — a Brummell-esque equal for the modern era. O’Brien wrote ‘We live in an age of   anal-retentive  tie  tying.  Real  elegance  involves  impeccable  taste  and  a  peccable  sense  of  nonchalance’.

The first O’Brien book to grace my bookshelves was about the shoemaker Berluti. At the whisper of  Berluti I do however become weak. You see, I don’t own a pair — much as I wish I might. Each shoe seemingly crafted from the last remnant of  hide from the original bovine model painted  by  Poussin  as  a  Golden  Calf,  and  then  patinated  in  turn  by  artisans  within  the  circle  of  Caravaggio.

Alas, much like Brummell, I don’t have the means for such finery. Instead, exhausted, and as a retreat from obsessing over possible ownership, I find myself  uttering the words — ‘Siri… show me videos on how to tie the Berluti knot.’