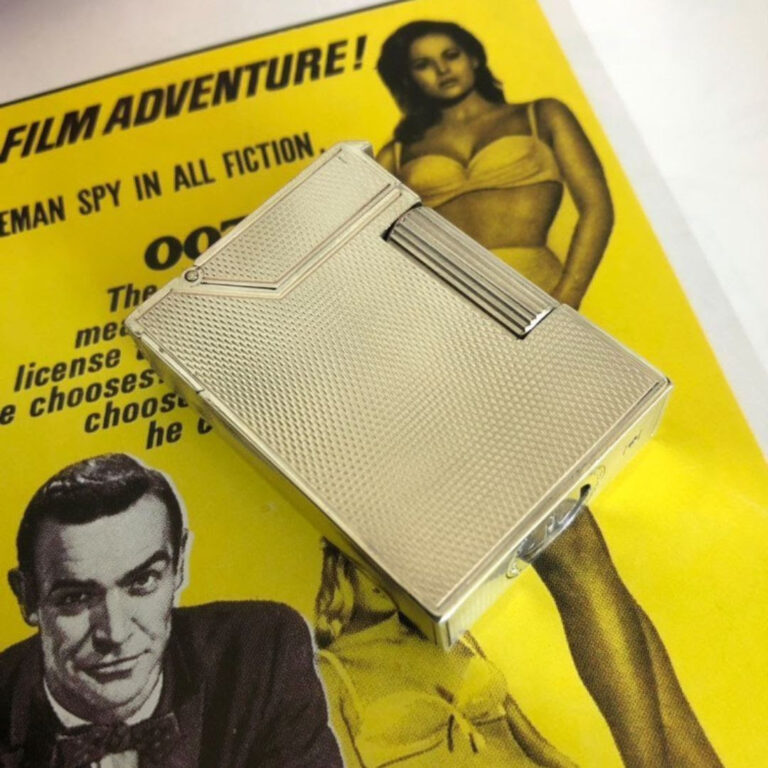 Dunhill’s Broadboy, the Most Iconic Lighter

I’m often asked, “Dunhill lighters?  Why do you collect them; what’s the big deal?”  It’s the same answer to countless questions asked of a young – and in my case, deeply impressionable – man. Bond. James Bond. The arbiter of good taste, and avid luxury consumer, it was a pretty safe bet that if Bond drank it, drove it or wore it, it would be the ultimate in cool. And whilst, I would love to have an Aston Martin or two in the garage, a Dunhill lighter is altogether a more affordable starting point for Bond collectors, and just as rewarding, in my opinion.

So which model of lighter did Bond favour?  He uses several brands of lighters in both Fleming’s original novels and the subsequent film franchise. But it is the Dunhill Broadboy which has reached iconic status due to its prominence in the first and third Sean Connery Bond films. The Dunhill Broadboy MK2 is the lighter Sean Connery uses in “Dr NO”, flicking its lid shut with a satisfying and reassuring click,  during his casino scene with Miss Sylvia Trench. It is also used in “Goldfinger” during the scene in the Mexican café where Connery flicks the lid shut just as the bomb goes off to fabulous cinematic effect. Through hours of very pleasurable research and forensic study, I believe there are markings on the inside of the cap which indicate that this Broadboy was of the solid silver variety.

Over the years, of the many rare and unusual Dunhill lighters which have passed through my hands, or I’ve been lucky enough to add to my collection, it’s always those items relating to key moments in my or our collective psyche that really lift certain pieces higher. Yes, the quality, materials and finish are excellent, but is it the litany of innovations and patents dating back to the very start of the 20th century, the decades of Royal Warrants, incredible bespoke commissions, celebrity supporters or movie cameos that set Dunhill a cut above? In my humble opinion, it’s a heady mix of all of the above.

I’ll stick with the lighters for now…