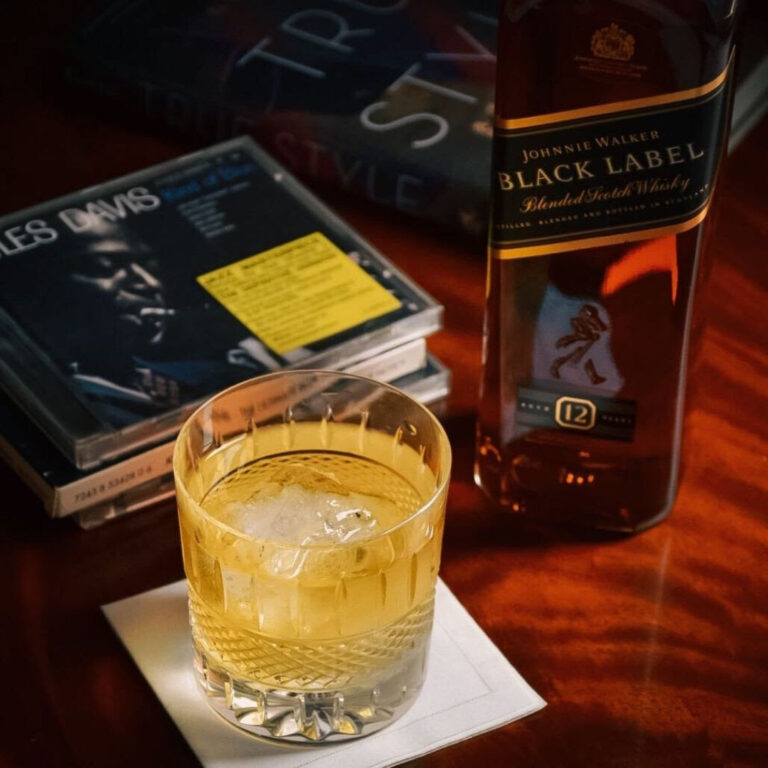 I seem to drink more and more Scotch and soda these days. Since young adulthood, there has been a part of me (for a long time considered wisdom) that reproaches the rest for wasting Scotch by diluting it with soda. Despite that voice, as I’ve gotten older, I’ve come to do so quite happily – my regular pour being one part Johnnie Walker Black Label, one part soda water, and then going the extra step towards the gallows of adding a large, cracked cube of ice as well.

Whilst I’m far from any illusions that this is the best Scotch available, and despite that tell-tale voice telling me that I could do better, any demons on my shoulder are quickly toppled however as I sit down, relax, and raise a full glass to my lips. The familiar scent comes first, closely followed by the barely perceptible fizz from the soda and the high notes of the ice rattling off each other and against the chilled glass itself.

There’s that initial burst of flavour piercing your tongue like the first bite of an Autumn plough, followed by the cold warmth of a hearth in Winter. Life seems to slow down as the ice melts, offering a mellow refill if I take too much time between each sip. When the glass is emptied of Scotch, any negative thoughts I may have had will have lost their edges like any ice that might remain. By then I will have put on some music; be engaged in friendly conversation, watching a film, or reading a book happily until bedtime.

If that unwanted voice returns at his loudest the following evening it is on those times whenever I open a new bottle. The crack of the seal on the bottle cap sounding out with a reproach that if I didn’t drink Johnnie Walker Black so often, perhaps I could drink Blue Label (or even grander perhaps), something that might banish any thoughts of soda as well. I think we all have similar thoughts inside of us, that well-known voice that tells us to drink less, but better. If you’ve heard him too, I’m here to tell you that I’ve come to realise that that guy is a flashy fraud and a phoney.
A youthful, modern malaise that is most commonly seen cutting his teeth in men’s magazines consumed by young impressionable adults. He’s often heard peddling a premium drink he’s sampled – probably without paying for the privilege. This time of year, he gets more print space than ever too. There’s something that sells magazines that tell us to aspire for something much more than we have; around new year we’re more susceptible to it as well. Despite what young men might report however, it’s not by seeking out extraordinary moments that we elevate our day-to-day lives.

The good life isn’t found in grand unsustainable flourishes. You don’t find a better life on holiday, sure you might have a great time and impress a few people along the way, but the life you come back is the same one that you left. If you want a good life you need to seek out the everyday things you take pleasure in already and just go about the very simple, day-to-day act of doing them as well and as often as you can.

Don’t believe me, that’s fine. But after a glass of cheap blended Scotch and soda, or whatever your own good value drink of choice is, both of us would be less inclined to disagree.