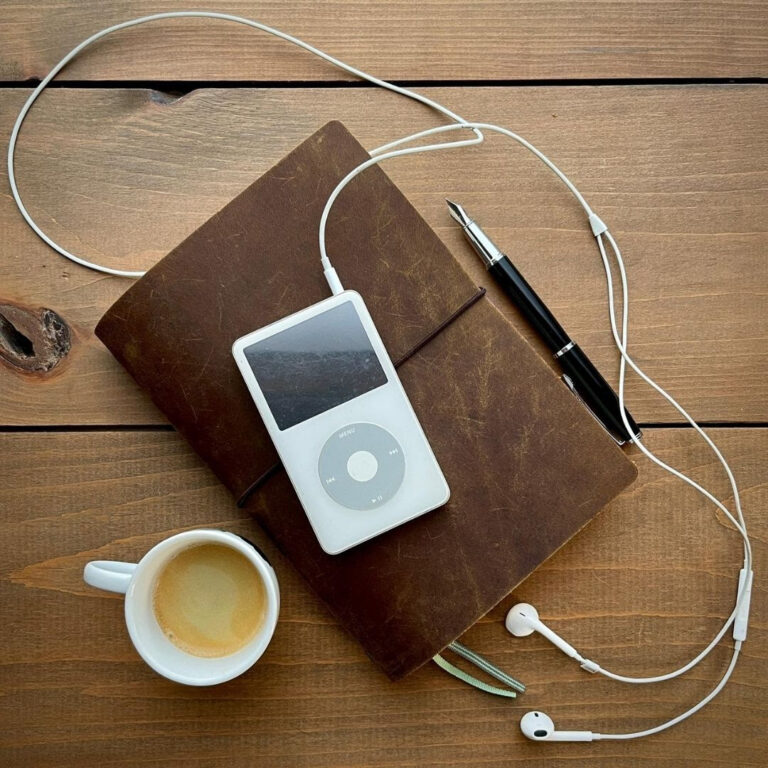 An Ode to the iPod

Recently I was opening what I assumed was a box of Christmas decorations, but was really a memory box of sorts from my high school and university years. Here, a pendant from school; there, a ticket to an amusement park. I felt like an archeologist, digging up remnants of the Lost Civilization of the Aughts. And below the candy wrappers and movie ticket stubs laid the Rosetta Stone of this excavation: my iPod.

What better way to remember my teenage angst than by scrolling through the playlists I had so eagerly curated in my youth? I was transported back to car rides and first dates and drunken, debauched evenings. To feel the tiny chirps of the iPod’s clickwheel was to read a form of braille I’d forgotten I had mastered at one time.

Why did playlists mean so much to us then? The natural successor to mixtapes, the playlist played a major role in my courtships, friendships, and drinking rituals a decade ago. I would send song lists to crushes. Or, before a long car ride, I would have an entire aural moodboard queued up, ready to hit send whenever my friend put her seatbelt on. I seemed to have believed it was all a bit cinematic then, and I was creating the score to the movie of my own youth.

Now, I’m a bit more spoiled. I let the algorithms do all the hard work. Whatever is on Daily Mix 1 (the automatic playlist that’s a feature of Spotify) is what I’m listening to. No complaints. I hit shuffle and get on with my day.

But it wasn’t always so passive. There was a ritual to it all. The intentionality of those moments is gone, isn’t it, when we let our apps do the thinking for us? A bit of myself – whoever he was – went into those iPod playlists. The music was never good, but the memories most definitely were.

A Rosetta Stone? Is that what I called the iPod? Why, yes, I do stand by that sentiment. Because, otherwise, so much of the meaning in those playlists had been lost over the years.