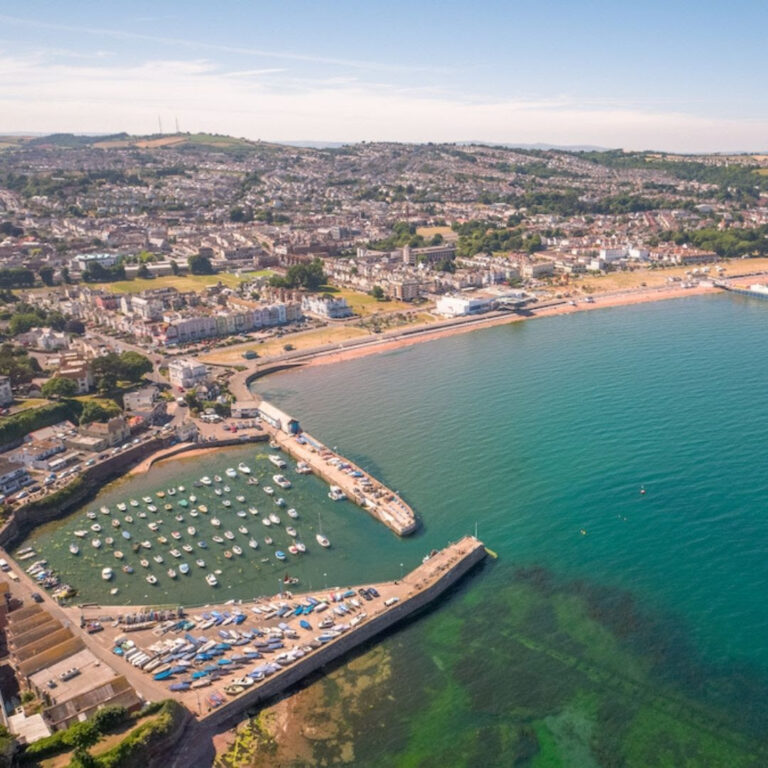 Holidaying in… The British Riviera?

When it comes to classic European sensibilities and taste, Britain is up there with the Italians and French. We birthed the contemporary suit. Our country roads are perpetually warmed by Aston Martins and Land Rovers. We may not grow world-renown wine, but we have scotch and London gin. And that’s more than good enough.

One thing we don’t have is a Riviera escape. At least, not in the endlessly sunny Cap du Roc/Portofino, Slim Aarons kind of way. Ours is more Martin Parr. Mr Whippy ice creams and congested pebble-dashed stretches of beach; hotels with brown 1970s curtains that were fitted by John Cleese himself somewhere in Torquay, or Margate. I love it, but understandably, we British holiday elsewhere every summer. I also think our Riviera, the South West – encompassing the counties of Cornwall, Devon and Dorset – is misjudged.

This year, we were forced into a ‘staycation’ – like a vacation, but you stay at home. No Italy or France for me, then. But the Riviera beckoned. The South West is a place that feels more antiquated than glamorous; milk-dud villages, grizzled sailors and clotted cream teas. It is England. But it is also foreign, with the long stretches of blue water beaches and palm trees. A tropical wind keeps it warmer than anywhere else in the country. In St Ives, there is a sense of a newly grounded jet-set, bored of London; drinking gin at nice bars and snapping apart crabs at sophisticated fish restaurants. I posted a picture recently, and someone asked if I was Bali. The region subverts expectations of what a vacation in Britain is.

It’s true, of course, that you won’t have the usual suspects renting yachts off of the Jurassic Coast. Even at my hotel in trendy St Ives (which was a decent one) the atmosphere was more Aunt Doris than Agnelli; but the trip offered something I hadn’t considered when booking flights abroad – and something worth thinking about if your English holiday stops at London. That there is another side to this country; one as nostalgic as the colorful houses in Portofino. And as inviting as the pools by the French Calanques.