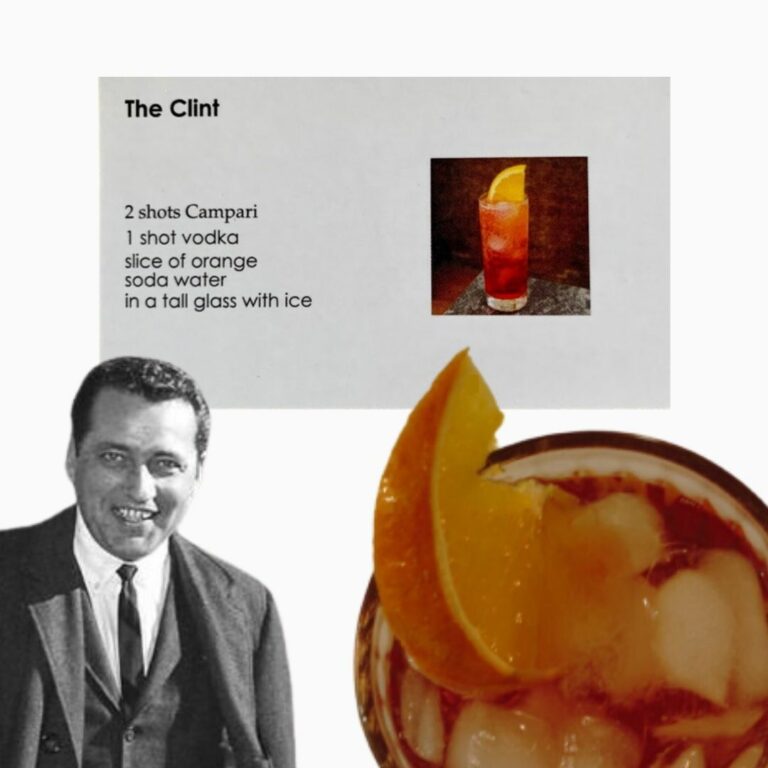 Don’t knock it, till you try it…

When standing by your at-home-bar, mixing this evenings drink, one most rarely gives the back history of the drink much thought. However, in some cases, the drink comes with a story so special, that it is impossible not to stop, even for just a second, and give a small salute!

“The Clint” is one of those in my opinion.

Clint Hill – the name may not sound familiar, but you know who he is; even if you are not aware, you have seen dozens of pictures of him, alongside some of the biggest personalities in American history. Clint Hill was a secret service agent and worked closely together with 5 presidents: Eisenhower, Ford, Nixon, Johnson – and Kennedy. Clint Hill is the Secret Service agent who jumped over the side of the car, using his body as a shield, to protect Jaqueline Kennedy, on that landmark November day in Dallas, Texas, 1963.

He was assigned to the first lady and accompanied her on her many travels around the world; among others, the famous 3-week vacation to the Italian riviera in 1962. During these weeks Mrs. Kennedy relaxed and enjoyed life with the Italian jetsetters; among others, they were welcomed aboard the “Agneta” by Gianni and Marella Agnelli.

This was also where Mr. Hill (he was always addressed as such by Mrs. Kennedy) became familiar with the “national-drink” of the Riviera – the Negroni. Being heavily gin-based and certainly not for everybody (so I’ve learned when trying to introduce it in Denmark), Mr. Hill over the years has made his own adjustments arriving at his signature drink – “The Clint”.

This being a very personal adjusted “poison of choice”, Mr. Hill has been instructing bartenders and waiters regularly over the years – so in 2017 he was gifted a box of business cards, with exact instructions on how to mix the drink as he desires.

As Mr. Clint Hill is quoted saying to Mike Rowe: ”Don’t knock it, till you try it”